What motivates people to help? Dual-process theories of cognition, characterized by Kahneman as “thinking fast and slow” represent an important advance in our understanding of the roles of emotion and reason in motivating human prosocial behavior and empathy. GOPROSOCIAL project a) studies affective chronometry underpinnings of empathic reactions using subjective, behavioral and physiological measures, b) designs, validates and optimizes a novel interactive physiology-based neurocinematic system that uses videos, pictures, sound or virtual reality for assessing and training prosocial behavior based latest neurofeedback research, c) explores other application areas including clinical (mood disorders) and art domains. 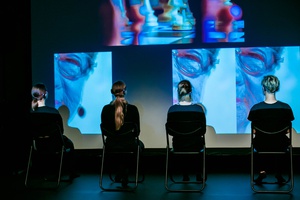 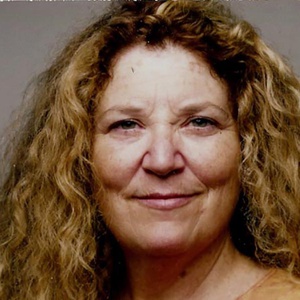 Ellen Pearlman, a New media artist, curator, writer and critic is a faculty member of Parsons/New School and Director of the ThoughtWorks Arts Residency. A Fulbright World Learning Specialist in Art, New Media and Technology, she received her in Digital Media from the School of Creative Media at Hong Kong City University where she premiered her brain opera "Noor", a fully immersive interactive brainwave opera at ISEA Hong Kong and the Microwave International Festival, HK. Her PhD thesis, "Is There A Place In Human Consciousness Where Surveillance Cannot Go?" was awarded global ranking from Leonardo LABS abstracts for all PhD thesis for 2018.

AIBO is an emotionally intelligent Artificial Intelligent Brainwave Opera. A performer wears an EEG wireless brainwave headset connected to a bodysuit of light that displays her emotions as different colors and also launches emotionally themed databanks of projected videos and sounds. The performer speaks a libretto to the AIBO character that is projected on screens. AIBO answers her from a custom-built GPT-2 AI database, with its’ response both projected as text and converted to speech. The AI’s emotions are also analyzed using Natural Language Processing that appear as different colors of light. AIBO was created using the Art-A-Hack™ methodology that examines networks of both animate and inanimate ‘actors’ and how they interact with each other. It linked the artist Ellen Pearlman, and the Tech Project GoProSocial, Tallinn University, as well as other institutions not only from Estonia such as ThoughWorks.

In AIBO, a performer whose biometric signals are read in real-time via a wireless EEG headset interacts with the synthesized emotions of a fake AI that was custom built. This type of relationship, of integrating human biometric signals, artificial intelligence, machine learning, performance, opera, and audience interaction stretches what is traditional performative practices into new areas. These new areas include human-computer interaction; machine learning and artificial intelligence; emotional valence of brainwave states; biometric signal processing; and smart textiles. AIBO combines physiological computing, but it also relies heavily on technologies related to artificial intelligence. The AIBO AI is “ill” and this is a new approach. Research shows that it is possible to build a customized sick AI, and that the customized AI can be further analyzed via machine learning for emotional sentiment, though both the AI and its emotions are not real.

Ellen Pearlman was able to expand the known use of human biometrics and artificial intelligence in a performative, immersive, interactive mode. Scientific research was able to benefit by expanding its horizon of new combinations of AI and human-computer interaction. New combinations of technological developments related to biometrics and artificial intelligence have arisen. The artist acted as a catalyzer in an environment of art science attracting different people from different universities. The residency also involved other partner institutions from Estonia. It expanded horizons for scientists to consider the implications of flawed artificial intelligence, and its impact on human-computer interaction.

Interview with Ellen Pearlman at CENTQUATRE-Paris, during the STARTS Residencies Days 2020

Read the final report Discover more on the blog