- Can you introduce yourself?

My name is Walid Breidi, I am a digital artist and I work with movement, interaction and the problematic of mapping physical movement into sound and image.  I have been doing this for the last 20 years. I also taught art and digital creation for 10 years at the of Paris, Marne La Vallee.

My name is Virgile Novarina and I have been working on sleep for more than 20 years, through writings, drawings, performances, collaborations with scientists, artists and in schools. It’s an interdisciplinary project with two parts. First an exploration of my own sleep and also an exploration of the sleep of others, with photos and films.

- Can you present your project, SLEEP IN THE CITY?

Virgile: In this we try to work simultaneously on my sleep and other people’s sleep. Sleep is a part of our life but we don’t know it very well, because we forget everything. The brain is very creative when we sleep. We see forms, , we hear sounds, we feel emotions, but we forget everything when we wake up. There is a kind of gap, between the motionless appearance of someone asleep and the richness of his inner experience.. So, this project SLEEP IN THE CITY aims to reduce this gap, not only for me - I will be performing in different places in the city during one week, sleeping in public - but also for the people who  in the city. We want to share volonteers’brain waves when they are sleeping. For that, we will work work with 28 citizens with brain sensors.

Walid: The idea is that we take it from there, and develop a more general approach: discussing sleep as part of an urban question. In most cities, even smart cities, their architectural design is conceived without taking in consideration the sleeping citizen. We think more about the productive citizen – how is he going to work, how is he going home — or the consuming citizen, but not a citizen that needs to regenerate herself or himself. This is a problem of modern cities.
For instance, we know that France is the European country that consumes the most sleeping pills. By getting people connected together through their sleep brain waves, we are creating a kind of “brainnet”. This data will be shown on a screen, in a shared experience. But not in a pure scientific way, more in a poetic, artistic way. That’s why we are using daily pictures and videos that will be given to us by the citizens. It’s a participative work, where the citizens will be participating in the creation of the videos of the project, as well as in sleeping. The videos will be projected in real time on big screens in several parts of the city. The sleepers’ brain waves will transform these videos through the network. This is the starting idea. The collaboration with Aarhus City Lab will provide us with information about the city, for example, traffic noise or quality of air. These things are also connected to the quality of our sleep.

- What do you expect from this residency?

Walid: To be able to do the project and that it would be a success. We expect that the collaboration with Aarhus City Lab will be creative and full of ideas. We really want a full partnership, to enrich our experiences and get new ideas. For us, it is also an adventure. Maybe good things will come, and we could make it interesting for the city.

We would like to question the consciousness of sleep in relation to that of waking consciousness in a citizen participative way that also experiments with the Internet of Things and questions the use of, and the idea of networking and Internet.

Virgile: My expectation is that when people will be passing in the streets during the performance, they will have this surprise to see on the screens the city transformed by sleep. We would like to invite them to think about their own sleep, which is a beautiful part of our life. 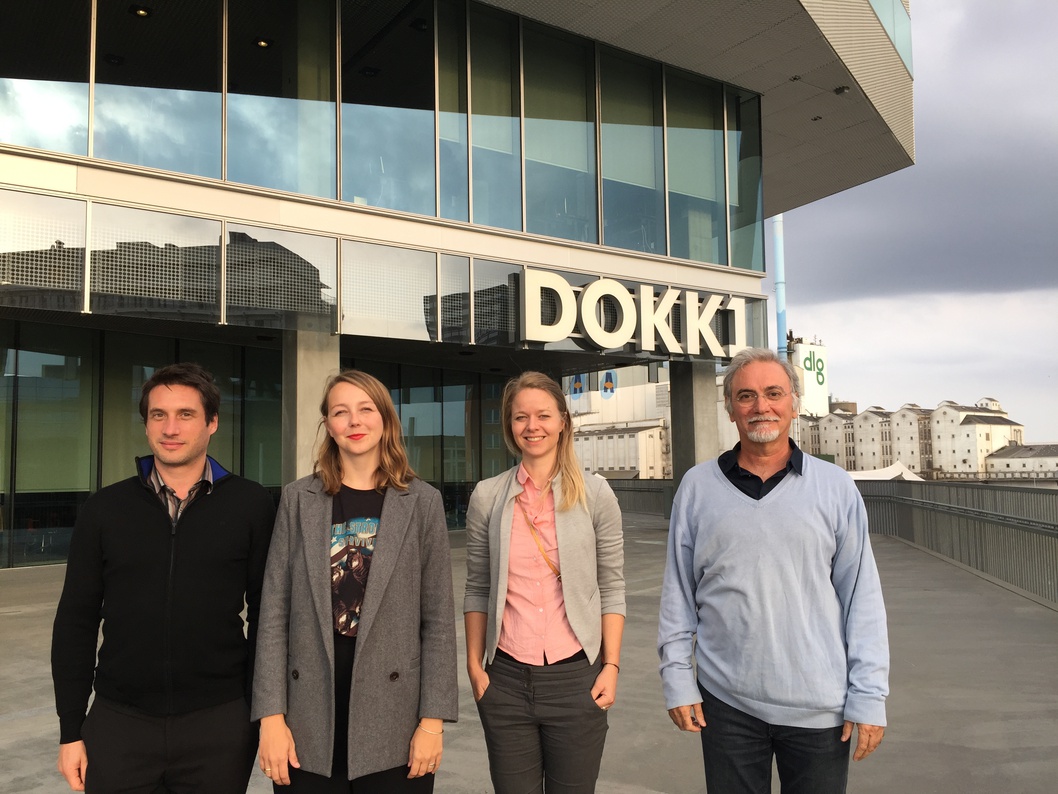